Do you know what is Primary biliary cholangitis 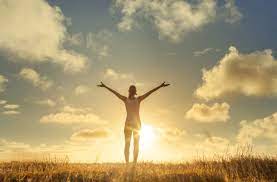 Primary biliary cholangitis (PBC), previously known as primary biliary cirrhosis, is an autoimmune disease of the liver. It results from a slow, progressive destruction of the small bile ducts of the liver, causing bile and other toxins to build up in the liver, a condition called cholestasis.

Further slow damage to the liver tissue can lead to scarring, fibrosis, and eventually cirrhosis.

Common symptoms are tiredness, itching, and in more advanced cases, jaundice. In early cases, the only changes may be in blood tests.

The condition has been recognised since at least 1851, and was named “primary biliary cirrhosis” in 1949. Because cirrhosis is a feature only of advanced disease, a change of its name to “primary biliary cholangitis” was proposed by patient advocacy groups in 2014.

People with PBC experience fatigue (80%); this is a nonspecific symptom, and can be debilitating, with a huge impact on quality of life. Its pathogenesis is still unknown, and is quite challenging to explore its specificity and to treat. Comorbidities that could contribute or worsen fatigue, such as depression, hypothyroidism, anaemia, obesity, or medication side effects, should be promptly identified and treated. Dry skin and dry eyes are also common. Itching (pruritus) occurs in 20–70% of cases,[4] and can develop at any stage of the disease; it does not correlate with progression of liver disease, and may even improve or disappear as the disease advances. It is typically mild-to-moderate in intensity. Given the impact on quality of life and night sleep, pruritus is correlated with fatigue. It can rarely be severe, nonresponsive to medical therapy, and requiring liver transplant. Pruritus is characteristically intermittent, worse at night, and improves during summer. People with more severe PBC may have jaundice (yellowing of the eyes and skin). PBC impairs bone density and the risk of fracture increases. Xanthelasma (skin lesions around the eyes) or other xanthoma may be present as a result of increased cholesterol levels.

PBC can eventually progress to cirrhosis of the liver. This, in turn, may lead to a number of symptoms or complications:

Fluid retention in the abdomen (ascites) in more advanced disease

People with PBC may also sometimes have the findings of an associated extrahepatic autoimmune disorder such as thyroid disease or rheumatoid arthritis or Sjögren’s syndrome (in up to 80% of cases).