Do you know what is Postpericardiotomy syndrome? 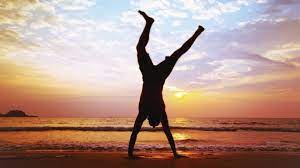 Postpericardiotomy syndrome (PPS) is a medical syndrome referring to an immune phenomenon that occurs days to months (usually 1–6 weeks) after surgical incision of the pericardium (membranes encapsulating the human heart).

PPS can also be caused after a trauma, a puncture of the cardiac or pleural structures (such as a bullet or stab wound), after percutaneous coronary intervention (such as stent placement after a myocardial infarction or heart attack), or due to pacemaker or pacemaker wire placement.

The typical signs of post-pericardiotomy syndrome include fever, pleuritis (with possible pleural effusion), pericarditis (with possible pericardial effusion), occasional but rare pulmonary infiltrates, and fatigue. Cough, pleuritic or retrosternal chest pain, joint pain and decreased oxygen saturation can also be seen in some cases. Other signs include arthritis, together with petechiae on the skin and palate.

Complications include pericarditis, pericardial effusion, pleuritis, pulmonary infiltration, and very rarely pericardial tamponade. Of these cardiac tamponade is the most life-threatening complication. The pericardial fluid increases intra-pericardial pressure therefore preventing complete expansion of the atria and the ventricles upon the diastole. This causes equilibration of the pressure in all four heart chambers, and results in the common findings of the tamponade which are pulsus paradoxus, Beck’s triad of hypotension, muffled heart sounds, and raised jugular venous pressure, as well as EKG or Holter monitor findings such as electrical alternans. Physically the patients who progress to severe pericardial tamponade obtundate, become mentally altered, and lethargic. If left untreated, severe decrease in cardiac output, vascular collapse, and hypoperfusion of body including the brain results in death.