Do you know what is Anti-synthetase syndrome 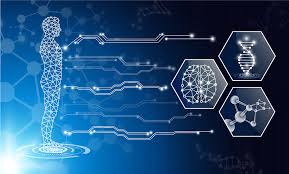 As a syndrome, this condition is poorly defined. Diagnostic criteria require one or more antisynthetase antibodies (which target tRNA synthetase enzymes), and one or more of the following three clinical features: interstitial lung disease, inflammatory myopathy, and inflammatory polyarthritis affecting small joints symmetrically. Other supporting features may include fever, Raynaud’s phenomenon and “mechanics hands”-thick, cracked skin usually on the palms and radial surfaces of the digits.

The disease, rare as it is, is more prevalent in women than in men. Early diagnosis is difficult, and milder cases may not be detected. Also, interstitial lung disease may be the only manifestation of the disease. Severe disease may develop over time, with intermittent relapses.

It is postulated that autoantibodies are formed against aminoacyl-tRNA synthetases. The synthethases may be involved in recruiting antigen-presenting and inflammatory cells to the site of muscle or lung injury. The specific molecular pathway of the process awaits elucidation.

The most common antibody is “Anti-Jo-1” named after John P, a patient with polymyositis and interstitial lung disease detected in 1980. This anti-histidyl tRNA Synthetase antibody is commonly seen in patients with pulmonary manifestations of the syndrome. The following are other possible antibodies that may be seen in association with antisynthetase syndrome: Anti-PL-7, Anti-PL-12, Anti-EJ, Anti-OJ, Anti-KS, Anti-Zo, Anti-Ha-YRS, and Anti-SRP.