Do you know what is Alagille syndrome 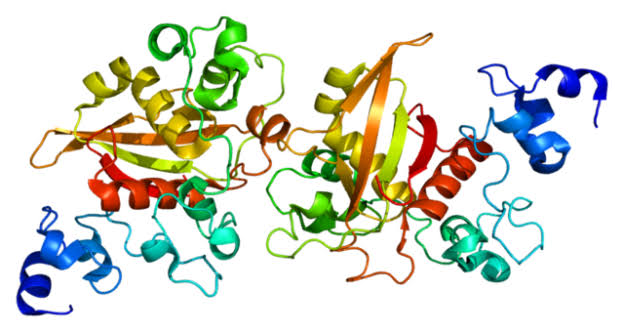 Alagille syndrome, also called arteriohepatic dysplasia, intrahepatic biliary hypoplasia, paralysis of the interlocular bile ducts or intrahepatic bile duct shortage syndrome is a genetic disease that affects the liver, heart and other bodily systems. The problems associated with this disease begin to appear in childhood, being one of the most frequent causes of chronic liver disease in childhood. The disease is inherited according to an autosomal dominant pattern of incomplete penetrance and variable expression, generating variable clinical presentations, even in individuals from the same family. The prevalence in the population is 1 in 70,000 live births. It affects men and women equally.

The severity of the disease can vary within the same family. Symptoms may not even be noticeable, but in other cases they may be so severe that both the heart and liver need to be transplanted.

There are two genes associated with this syndrome, JAG1 (chromosome 20p12) and NOTCH2 (chromosome 1p13-p11). Most of those affected (89%) have small mutations in the JAG1 gene. About 7% of those affected have a microdeletion in the 20p12 region, which deletes the entire JAG1 gene. Mutations in the NOTCH2 gene are found in less than 1% of those affected. The JAG1 gene is involved in signaling processes between adjacent cells during embryonic development. These signals influence how cells are used to build body structures during embryonic development. Mutations in this gene disrupt the signaling pathway, causing developmental errors, especially in the heart, shortage of bile ducts in the liver, spine, and some facial features.

Narrow, malformed intrahepatic bile ducts produce most of the health problems associated with Alagille syndrome, leading to variable repercussions on the organ. Bile is produced in the liver and is transported through the bile ducts to the small intestine, where it aids in the digestion of fats. Patients with this syndrome build up bile in the liver, preventing the liver from functioning properly in removing toxins from the bloodstream.